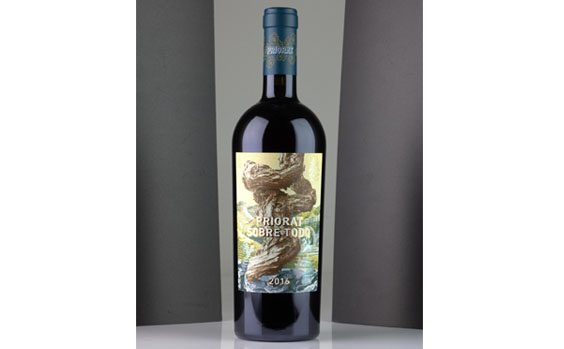 Finat has announced the results of its 41st label competition. The final decisions relating to the award winners were made during a virtual meeting of the judges on May 12, 2021.

The Category, Group and the Best In Show awards were announced on the last day of the Finat ELF (European Label Forum) on June 4, 2021, during a virtual presentation.

The design of the Best In Show label for the 2021 Finat Label Competition was Priorat Sobre Todo entered by Etiketten Carini, Austria. It was unanimously selected by the panel of judges as the Best in Show winner. This label also won the Marketing/End-uses group Award at the 41st Annual Competition.

The competition attracted 222 entries from 46 companies representing 27 countries worldwide. In addition to the 5 Group winners and the 23 category winners, a total of 81 Highly Commended certificates will be distributed later in the year.

The number of countries entering this year was led by France with 25 entries followed by Austria with 20 entries. The number of entries in each category was again led by Wines (58), Alcoholic Drinks (45), Cosmetics (22) closely followed by Sets of labels (19). The steady march of digital printing was noticed in the Marketing Group with 88 of the 108 entries involving digital in one form or another. Throughout the competition, 83 entries were printed solely using digital technology.

The Winner in the Marketing/End-Uses Group was Etiketten CARINI, Austria for Priorat Sobre Todo.

The first time in the history of the competition, the jury decided to award two group winners in the Printing Processes Group as they found it impossible to separate the two entries. The first winner was Multi-Color Montreal Canada, Canada for Valley of Mother of God. The second winner was DGS Baski Teknolojileri, Turkey for Dalin Düş Bahçesi.

The winner of the Non-Adhesive Applications Group was Azimut, Russia for Coffee Doypack Giraffe. The winner in the Innovation Group was Schreiner Group, Germany for CPT Patch (Plasma Patch for the treatment of chronic wounds).

The winner in the Digital Printing Group was MCC Label Paarl, South Africa for Cape Fynbos Gin. And, this year, the Judges Award was given to Etivoet, Belgium for Shower Power.